Help your patients receive an earlier autism diagnosis. The NeuroPointDX Autism Spectrum Disorder (NPDX ASD) blood test, developed for children 18 – 48 months old, is a blood panel that identifies metabolic subtypes (or metabotypes) associated with ASD. It can identify about 63% of children with autism and help your patients receive a diagnosis and begin treatment sooner.

Our clinical study on autism funded by the National Institutes of Mental Health (NIMH) was performed using fasting blood plasma samples from patients 18-48 months old. Test performance has not been evaluated in patients younger than 18 months or older than 48 months of age.

The NeuroPointDX Autism Spectrum Disorder (NPDX ASD) test is comprised of two blood panels (an Amine Panel + Energy Panel) that measure metabolites in the blood of children with differences in metabolism and compares them to specific metabolic imbalances that are associated with autism spectrum disorder (ASD). When one or more of these imbalances is detected, there is an increased chance the child will receive an ASD diagnosis.1,2

The test results will include a positive or negative result compared to data from the Children’s Autism Metabolome Project (CAMP) study as well as metabolic information regarding the specific differences between your patient’s metabolism and others’. You may use this information to determine the best treatment options, based on the child’s own metabolism.

The NPDX ASD test can identify a subset of children with autism spectrum disorder (about 63%) who have a metabolic imbalance that is associated with ASD.

Who should get the NPDX ASD blood test?

A child who exhibits delayed development that could be associated with autism spectrum disorder. The NPDX ASD test is one test that you can use for diagnosis and referral to a neurodevelopmental specialist for further evaluation.

The test is appropriate for a child who:

The panel can also be useful for families on a waiting list to see a specialist. If a child receives a positive result on the NPDX ASD test, therapeutic interventions could begin before a formal ASD diagnosis is conferred by a neurodevelopmental specialist.

Please note: The clinical study used to validate this test was performed using fasting, blood plasma samples from patients 18-48 months old. Test performance has not been evaluated in patients younger than 18 months or older than 48 months of age.

Why use the NPDX ASD test?

Does the NPDX ASD test have regulatory approval?

Yes, the NPDX ASD test is a lab-developed test (LDT) that was validated in a CLIA-accredited lab. CLIA, or Clinical Laboratory Improvement Amendments, sets standards for laboratory tests performed on human specimens, like blood, tissue, or saliva. NeuroPointDX’s CLIA number is #52D2122420 and CAP (College of American Pathologists) number is #8674499.

How will this test help my patient receive an earlier autism spectrum disorder diagnosis?

ASD can be diagnosed through behavioral assessment in children as young as 24 months old. However, the average age of diagnosis in the United States is over 4 years old.3

NeuroPointDX has demonstrated through its clinical research study (the Children’s Autism Metabolome Project, i.e., CAMP), which enrolled over 1,100 children, that children as young as 18 months old have a metabolic signature associated with an ASD diagnosis. This metabolic signature is identified through a blood plasma sample.

Our metabolic test, the NPDX ASD test, can identify children with ASD up to 6 months earlier than behavioral testing and nearly 3 years earlier than the US average.

Why does NeuroPointDX use metabolism, not genetics, to identify children with a high risk of being diagnosed with autism?

Autism spectrum disorder (ASD) is complex. The presence and severity of symptoms vary widely from one individual to the next. Given ASD’s complexity, it’s not surprising that no single cause has been identified. Current research indicates that genetic, biological, and environmental factors may all play a role in causing ASD. Even when autism spectrum disorder appears to be caused by genetics (a child has a parent with ASD, for example), there may be several different genes involved. The exact genes and the complex interactions between them are not fully understood.

NeuroPointDX uses the science of metabolomics to identify people with ASD. Metabolomics can make this identification, regardless of what causes autism (or that particular child’s autism). Through our extensive CAMP clinical study, we identified several metabolic signatures linked to ASD. These metabolic signatures show that certain amines are out of balance with one another.

NeuroPointDX can identify a subset of children who are likely to receive an ASD diagnosis based on their metabolic signature. By measuring the levels of certain amines and metabolites, and comparing them to each other, we can provide an objective, biological indication of ASD. Read our Metabolomics 101 page for more information.

How does the NPDX ASD test differ from a basic amino acid panel?

Our Amine Panel metabolic test measures amine levels, so you may wonder if a basic amino acid test is sufficient. An amino acid test does provide some information, but it doesn’t tell the whole story.

The NeuroPointDX team has developed algorithms with very precise thresholds set based on clinical data from the CAMP study that evaluate the amines in relation to one another, resulting in identification of a metabolic imbalance. Levels of individuals amino acids provided in the standard range delivered by major diagnostic companies are not capable of identifying a higher risk of ASD. They lack the clinical study data and precision provided by NeuroPointDX through the CAMP study. This information is only available in the NPDX ASD panel provided by NeuroPointDX.

How is the NPDX ASD test processed in NeuroPointDX’s lab? 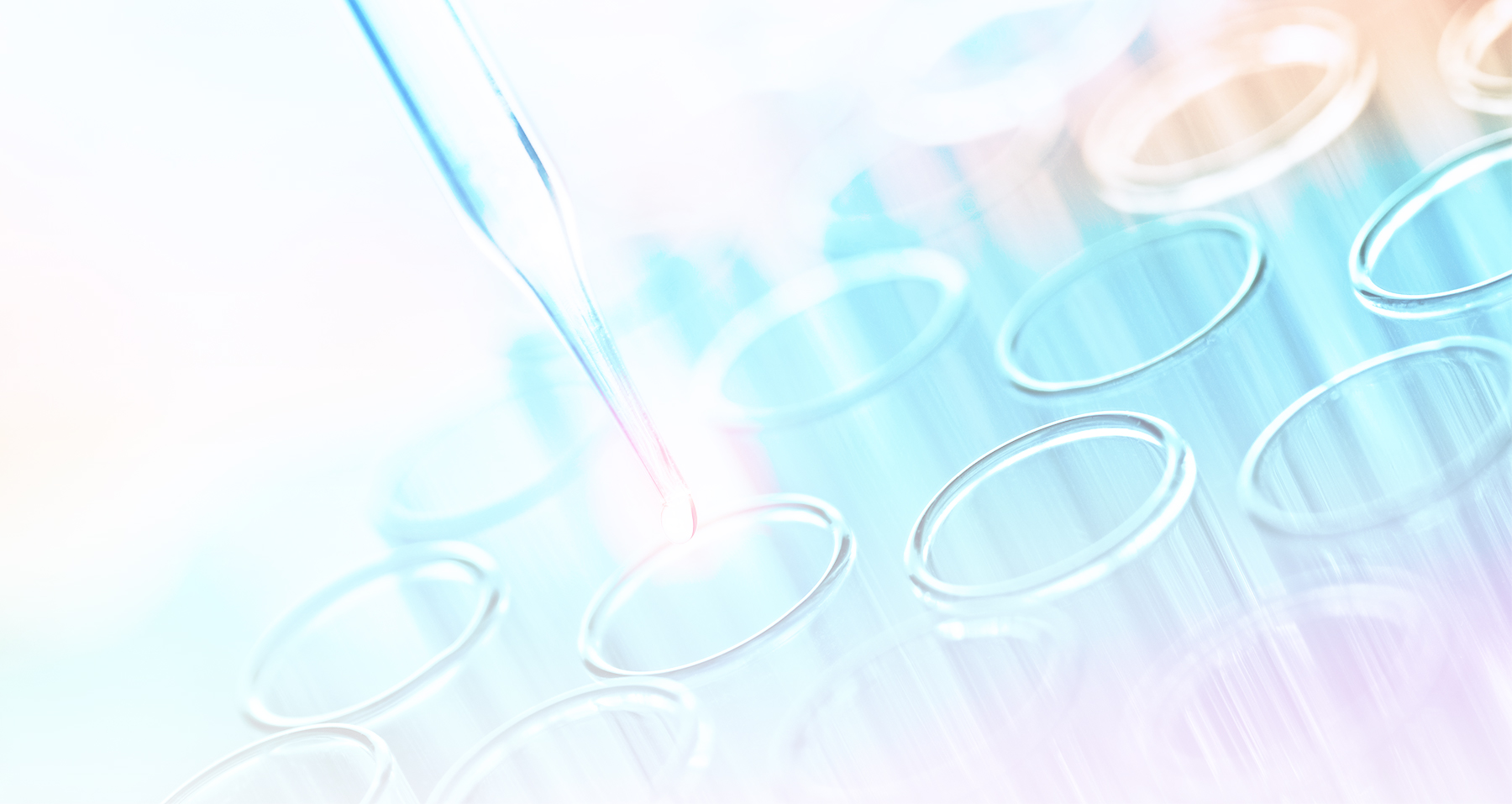 What does it mean if my patient gets a positive result on the test?

If your patient receives a POSITIVE result on the test, it means that he or she has a metabolic imbalance that indicates an increased risk of an ASD diagnosis.

What do I do if my patient gets a positive result on the test?

Use the results report to determine what to do next and discuss it with your patient’s family. Possible next steps include:

What does it mean if my patient gets a negative result on the test?

If your patient receives a NEGATIVE result on the test, it means that he or she does not have a metabolic imbalance in the currently available NPDX ASD panel that NeuroPointDX has identified as being indicative of autism spectrum disorder in its CAMP clinical study. A negative result does not mean that the child won’t be diagnosed with ASD.

NeuroPointDX’s test can identify about 63% of children with ASD, which means that about 37% of those with autism spectrum disorder will receive a negative result on this test.

What if I have questions about my patient’s test results?

The Understanding the Results Report breaks down each section of the test results report. Essentially, the report includes levels of 32 different amines (the Amine Panel), as well as the 16 metabolites involved in energy metabolism, mitochondrial metabolites, microbiome derived products, and others (the Energy Panel). The report indicates a positive or negative result for a metabolic imbalance associated with autism spectrum disorder. A positive result means that the child is more likely to receive an ASD diagnosis.

Contact our customer care team at 833-434-6965 (toll-free) or 608-441-8187 to ask questions about your patient’s results on the NPDX ASD test. You can also fill out a web form or email contact@neuropointdx.com, but please be sure not to include any patient health information in your message.

This website uses cookies to improve your experience while you navigate through the website. Out of these, the cookies that are categorized as necessary are stored on your browser as they are essential for the working of basic functionalities of the website. We also use third-party cookies that help us analyze and understand how you use this website. These cookies will be stored in your browser only with your consent. You also have the option to opt-out of these cookies. But opting out of some of these cookies may affect your browsing experience.
Necessary Always Enabled
Necessary cookies are absolutely essential for the website to function properly. This category only includes cookies that ensures basic functionalities and security features of the website. These cookies do not store any personal information.
Non-necessary
Any cookies that may not be particularly necessary for the website to function and is used specifically to collect user personal data via analytics, ads, other embedded contents are termed as non-necessary cookies. It is mandatory to procure user consent prior to running these cookies on your website.
SAVE & ACCEPT